Following on with the eco-friendly products theme… We use Himalayan Salt in our house with our meals for the nutritional value of it, but I did not realise that there is so much more that can be done with this beautiful pink Salt. I found this amazing company called So Well, whose products are made with “passion and purpose, to help people and the planet awaken and heal“. They are an online leader in salt therapy items, specialising in handmade Himalayan salt products.

So Well has been in business since 2004: it is an established company in the LOHAS industry.

So Well provides a diverse, best-selling collection of Fair Trade and handmade products:

Fair trade ensures that producers receive fair market prices, are free from labor abuses and use sustainable growing and production methods. In a world where corporate profits rule many crafters and farmers are often exploited, creating a cycle of poverty and environmental degradation, fair trade can break that cycle, creating better lives, stronger communities and a healthier environment. So Well® partners with artisan communities, promoting social justice, small business, and local non-profit organizations.

We import all of our salt through a long-term direct relationship that creates mutual accountability. Our partners observe fair trade principles including 25% greater than average wages and human rights such as rest breaks, chilled water, protective clothing, safe working environments and medical care. You can be assured that our talented artisans are respected and cared for as valuable members of the So Well team. And you’re doing So Well for others, while enjoying our products.

They have over 300+ Authentic, So Well ® Lifestyle products helping consumers live healthier naturally.

Inspired by the simple beauty of nature, they create natural products that are beautifully simple.

They are passionate about our power to change the world “one act at a time”, because the small act of choosing products we use every day can make the biggest difference. It is about knowing who you support so that what you support thrives!

Their Himalayan Salt products are holistic lifestyle essentials that work synergistically to promote vibrant health. They are just as passionate about doing good to all as they are about looking and feeling good.

Their Himalayan Salt products also promote vibrant communities and a healthy environment, and that is something we can all be passionate about.

Their Himalayan salt, harvested from ancient, pollution-free sea beds, is rich in minerals and considered by many to be the purest salt on earth. Their specially-selected artisan partners overseas hand-sculpt magnificent salt crystals to create exquisite lamps that are works of art and natural ionizers (see below for the definition of this).

They hand blend their salt with all natural and organic ingredients into exclusive formulas that work. They create only items that they would use themselves. Their unique “living products” are freshly handcrafted in small batches, energetically enhanced, vegan, natural and organic, fair trade and eco-friendly.

So Well’s manufacturing is sustainable from their formulation to their recyclable and reusable packaging.

They are members of: PETA (People for the Ethical Treatment of Animals), Business Friends, Campaign for Safe Cosmetics, Leaping Bunny, Truth in Labeling, Green America, and they are a Chicago Fair Trade Member.

Himalayan salt is profoundly amazing. It is 200 million plus years old and has been nurtured by earth energy and pressure over this time.

This ancient sea salt has been alchemized (the process of taking something ordinary and turning it into something extraordinary) over millions of years into a special energized crystalline form, in a process similar to how coal gradually becomes a diamond.

The 84 minerals in the Himalayan salt are in an ionic form which is molecular instead of colloidal like regular sea salt. For the definition of an ionic form, check out Wikipedia here: ionic form.

It is therefore more easily absorbable and much more use-able by our bodies than any sea salt.

Quality is crucial when purchasing salt products, as not all salt crystals are of the same quality. For instance, most salt lamps on the market consist of substandard crystal salts. Lighter in color than the So Well crystals, these appear “washed out” and lack the prized, intense hues of dark red and flaming orange.

The same is true of their bath and edible salts. Deeper, richer colors, found only in top quality salts, provide more essential minerals and healthy negative ions so important for greater energy and health.

Negative Ions: Beneficial to our health

Negative ions are odorless, tasteless, and invisible molecules that we inhale in abundance in certain environments. Think mountains, waterfalls, and beaches. Once they reach our bloodstream, negative ions are believed to produce biochemical reactions that increase levels of the mood chemical serotonin, helping to alleviate depression, relieve stress, and boost our daytime energy.

So Well Himalayan Salt lamps do not generate negative ions themselves. They are “hygroscopic”, which means that they attract moisture, humidity, and airborne water molecules; it is a natural property of sodium chloride (hygroscopy). Since they do not generate the negative ions, they need a heat source (in this case, heat from an incandescent bulb) to accelerate evaporation, which does produce negative ions. In more humid regions, an unlit salt lamp will eventually “cry”, even creating puddles of water at its base. It is this evaporation that generates the negative ions, which are beneficial to our health.

“Nature is constantly producing negative ions to combat the pollution in the air. This is why the air feels so refreshing after a storm: lightening produces a high concentration of negative ions, which purifies the air and makes it so invigorating.

Water from a cascading waterfall also produces negative ions as the water thunders against the pool below, causing both friction and evaporation (both energy sources). For the same reason, the enormous amounts of negative ions in the pure air at the seashore is caused by the constant rise and fall of the tides.

In 1966, a hospital in Jerusalem conducted a study of 38 infants suffering from respiratory problems. They cared for half of the infants in a ward without any ion change, and the other half in a ward where a negative-ion generator was in use.

“The researchers reported that neg-ions without any other treatment “that is, no drugs” seemed to cure attacks of asthma and bronchitis more quickly than drugs, and antibiotics included. Children treated with neg-ions were less prone to ‘rebound attacks’ (relapses). Less scientifically, they found that the babies didn’t cry as often and as loudly as they did in normal air.” (The Ion Effect, by Fred Soyka, p. 57, 1991)

World renowned Dr. Albert P Krueger, microbiologist and experimental pathologist, “worked with bacteria of the kind that float in the air and spread diseases” mostly colds, influenza, and other respiratory ills, “and found that an astonishingly small quantity of neg-ions could kill them and quickly take them out of the air so they were less likely to infect people.” (The Ion Effect, by Fred Soyka, p. 57, 1991)

Since we are constantly surrounded by modern day wi-fi, cellphone towers, TVs, and other electrical appliances, these things give off a lot of electromagnetic Radiation or EMFS for short. These EMF’s high in positive ions have been known to reduce our serotonin levels and can cause cancer, fatigue, lathery, and a host of problems we face today. Salt crystal lamps since they have the ability to generate negative ions neutralize these EMF’s.

Locate one near your bed, computer, digital TV, and wireless modem for starters to harmonize and neutralize all forms of harmful energy throughout your home.

The salt lamps can also be used as a beautiful light source, a living energy source which emits a healthy glow, ranging in color light-waves of oranges, yellows, reds, and apricot. The ambient light creates a soothing ambiance that helps with relaxation, stress, attention deficit, autism, sleep and more.

Physicians and other practitioners in the exploding field of complementary medicine use these lamps for Color Therapy (chromotherapy), a well-documented alternative method of diagnosing and treating various illnesses.

So Well have the following fantastic, beautifully made Himalayan Salt products (and many more): 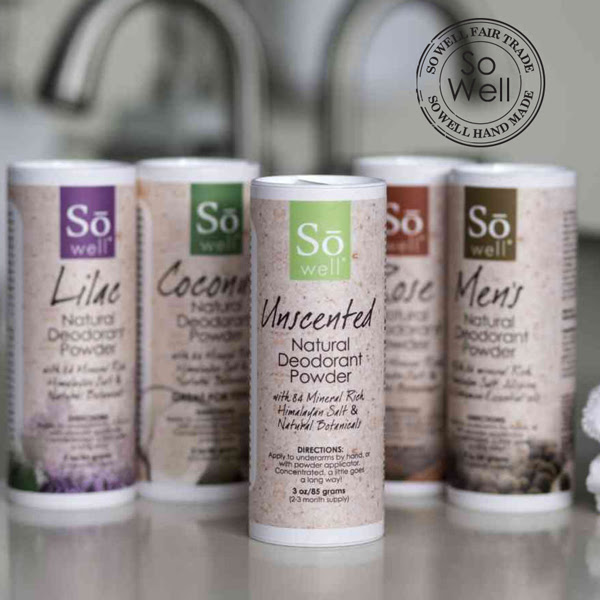 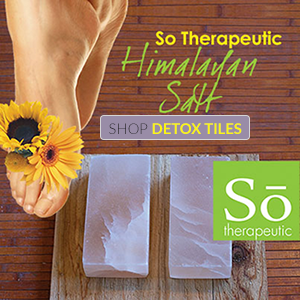 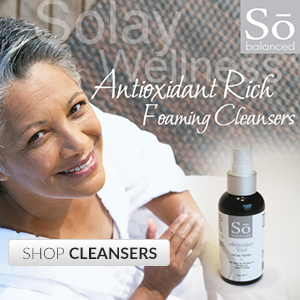 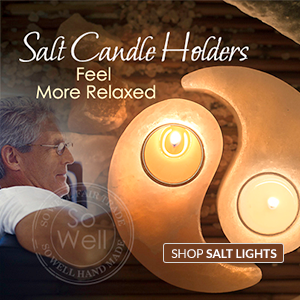 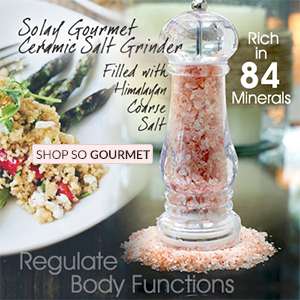 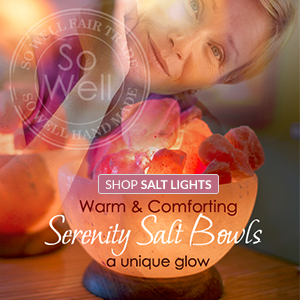 Have fun checking out their awesome ranges!

4 thoughts on “So Well Made: Himalayan Salt Products”

This site uses Akismet to reduce spam. Learn how your comment data is processed.

MY TIP OFFS IS HOSTED BY NAMECHEAP:

MY TIP OFFS is put together using ELEMENTOR PAGE BUILDER:

This website uses cookies to improve your experience while you navigate through the website. Out of these cookies, the cookies that are categorized as necessary are stored on your browser as they are essential for the working of basic functionalities of the website. We also use third-party cookies that help us analyze and understand how you use this website. These cookies will be stored in your browser only with your consent. You also have the option to opt-out of these cookies. But opting out of some of these cookies may have an effect on your browsing experience.
Necessary Always Enabled
Necessary cookies are absolutely essential for the website to function properly. This category only includes cookies that ensures basic functionalities and security features of the website. These cookies do not store any personal information.
Non-necessary
Any cookies that may not be particularly necessary for the website to function and is used specifically to collect user personal data via analytics, ads, other embedded contents are termed as non-necessary cookies. It is mandatory to procure user consent prior to running these cookies on your website.
SAVE & ACCEPT